While Australia is one of the most beautiful and popular summer destinations, when the temperature drops, the land down under remains just as exciting an escape route for international visitors. Next time you are planning your winter vacation, make sure to keep Australia at the top of your list.

Here are 10 of the most beautiful and interesting places to visit during your stay in our cooler climate.

Gaze at the stars

The Blue Mountains is a rocky region in Australia’s New South Wales. The World Heritage-listed location was named due to the natural blue haze created by vast eucalypt forests in this area. Small droplets of oil released from the trees combine with water vapour and light to produce the blue hue. When you’re not walking through eucalyptus forests, waterfalls and villages around the area, then you’ll want to watch the stars come alive with a night-watching tour alongside an Astrophysicist

In the town of Alice Springs in Central Australia is an outback region known as the Red Centre. The name stems from its vast terrain that spans dusty red desert, mountain ranges and gorges. The site is well-known for Ayers Rock, a massive rock monolith and sacred Aboriginal site. Far away from city lights, the outback sky is a sight to behold, with stars larger than life. You won’t want to miss listening to Aboriginal stories and legends of the night sky on the guided stargazing tour at Ayers Rock Resort.

Just 3 hours away from Melbourne lies Mount Buller, a resort with over 300 hectares of snow-covered terrain that is any skier's dream. From beginner and advanced slopes to dog-sledding, Mount Buller has something for everyone. As the home of many of Australia’s Winter Olympians, the resort is well-known and loved for the regular events hosted during the cooler months, so keep your eyes out when you book your next winter holiday. If you are looking for an accessible escape, Mt. Buller is only a three-hour drive from Melbourne, making it a popular choice for day trips and family holidays.

It can be said that Perisher is one of the most popular ski resorts in Australia - and the largest in the Southern Hemisphere. The popular holiday destination is a six-hour drive from Sydney, and is home to 4 ski villages, Perisher Valley, Guthega, Blue Cow and Smiggin Holes, with 7 peaks. We suggest heading there in July or August of their ski season. And when you are not hitting the slopes or making snow angels, take a trip to one of 4 of their villages for a warm meal and some shopping.

Coolangatta is a coastal suburb in Queensland, on the border of New South Wales. Australia.  It’s known for sandy beaches and world-class surf breaks, making it an unorthodox, yet worthwhile winter choice. Due to the direction of the winter wind, the beach is often protected, making the water surprisingly warm with picture-perfect blue water. So for those brave enough, a dip is a must. If the cold scares you, enjoy the school beachside charm at their oceanfront accommodation, cafes, restaurants and clubs on this magical oasis.

Jervis Bay is a marine park and village on the south coast of New South Wales. The destination is mostly known as having the world’s whitest sand beach. We recommend visiting in Winter, as you’ll have it mostly to yourself - and the water will be warm enough to swim in! When you are not marvelling at the beach, take a walk through the Booderee National Park or if you have a higher budget, book a whale-watching or dolphin-spotting cruise between mid-May and late November.

For those who love wine, Tamar Valley is a must-see winter escape. Thanks to Tasmania’s climate and soil, some of the best chardonnay, pinot noir and sparkling wines in the country are made at Tamar Valley.  Located less than an hour from Launceston, Tasmania, is home to more than 20 vineyards that show off the best of the region. The Tamar Valley has been named one of the world’s top 10 wine routes. The region has an ample range of white and red wine varieties made mostly by family-owned businesses.

The Swan Valley is a region located 25 minutes from Perth City. As Western Australia's oldest wine growing region, it is a must-see during your wintery escape. Known as a food lover’s dream and a wine connoisseur’s haven, visitors are spoiled for choice by the natural environment and friendly people that live and work here. Whether you are visiting 1 of the 8 Swan Valley Trails or decide to take a wander around Guildford's historic shopping precincts, the many attractions & activities make this a must-visit destination.

The Vivid Light Festival ’s the world’s largest light festival, with an impressive eight locations based around Sydney that run for three weeks beginning June. Head to Circular Quay and Sydney Opera House to see these buildings transformed into amazing light shows. The lights turn on at 6pm and end around 12am so if you go around 10pm, there won’t be many crowds at all. Want the most epic viewpoint? The Sydney Harbour YHA has rooftop views overlooking Sydney Opera House and a place you can enjoy the festival - minus the crowds.

Beautiful scenery aside, Sydney stays awake long after the sun sets. When the winter rolls around, Sydney is brimming with cosy pubs and bars that are perfect for a warm night in. We’re talking fireplaces, menu items like roasts, and winter-warming drinks like dark beers, mulled ciders, neat whisky, or a perfect glass of red wine. Hit Darling Harbour To be near the waterfront, Surrey Hills to find some of the best celebrity chefs or Darlinghurst for a lively and dynamic nightlife experience. 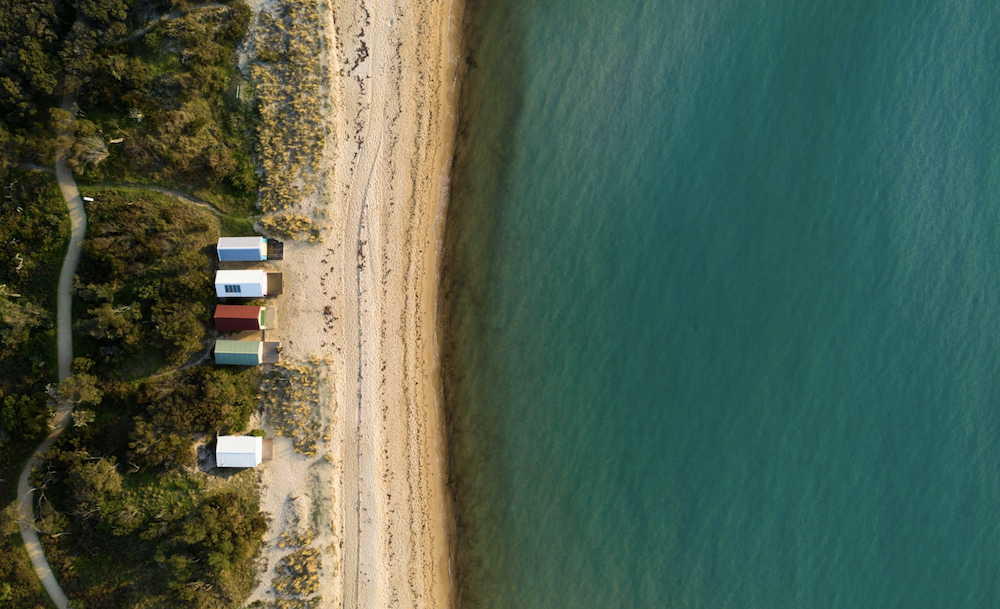 We share some of our favourite beachfront properties managed by Hometime. Are you looking for a summer break by the beach? Read on for the list!
Read more 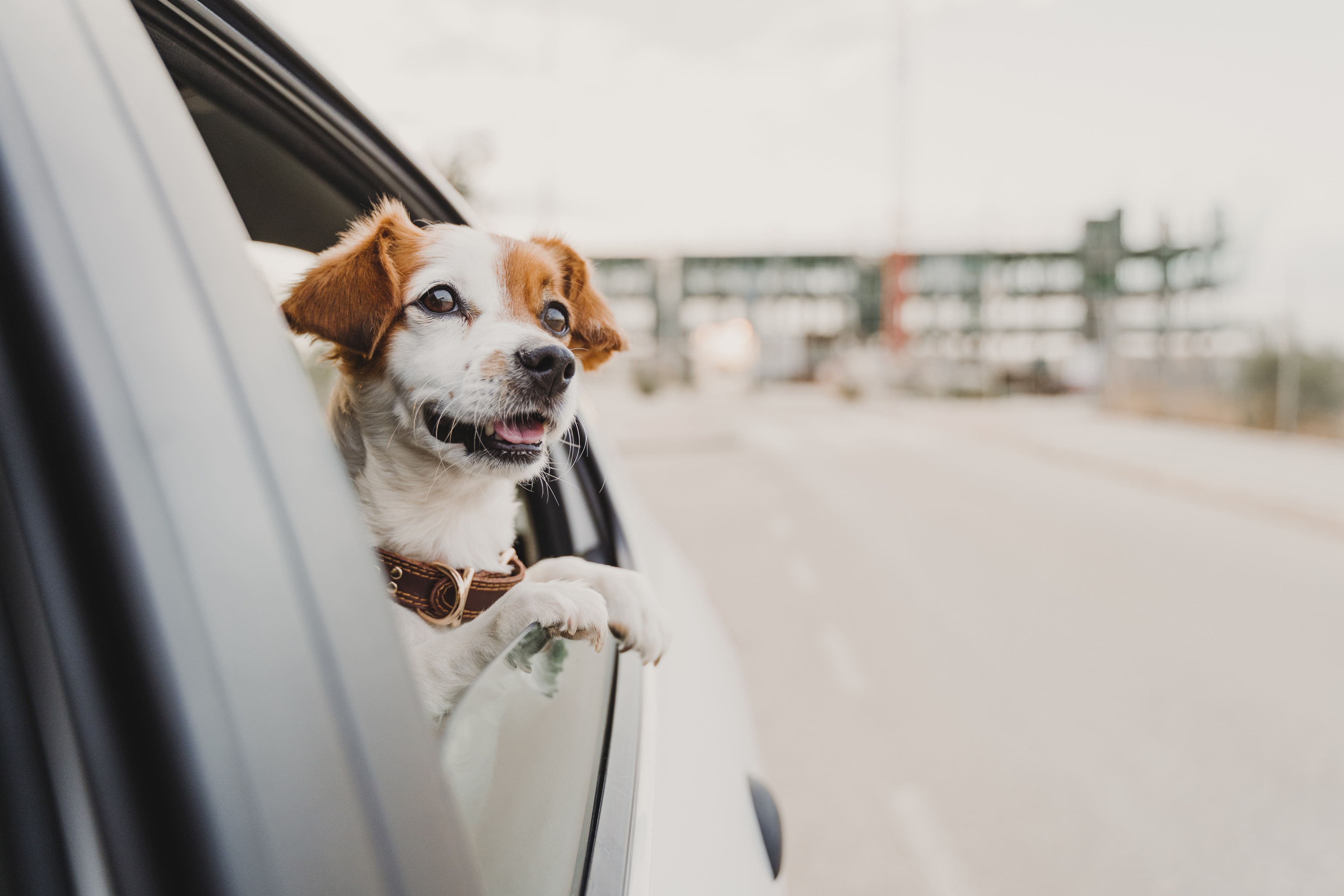 Our Top Pet-Friendly Airbnbs in Australia

Do you want to travel through Australia with your furriends? In this blog post, we feature some of our favourite pet-friendly Airbnbs we manage for our clients.
Read more